I hope this site will become a useful and informative resource for the residents of Floyd County. Can’t find something? Have a suggestion or an idea? Let me know. Your feedback is invaluable! 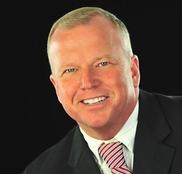 During his years with the state police, John worked in all traffic and general criminal investigations participating in some of the largest drug busts in state history.  In 2003, John was promoted to Sergeant.  john worked as squad commander, supervising investigations and daily operations of the post.  In 2005, John was promoted to Frankfort to act as a supervisor in the administrative division.  As with the rest of his career, John excelled in administrative operations, drafting legislation for new laws such as the Graduated License Program.

During his career in law enforcement, John has been accorded much praise, and received numerous accolades for his accomplishments, including being awarded the Governor's Citation for Life Saving Action and the Award for Meritorious Service with Valor for Life Saving Action.  John has extensive training in Criminal Investigations, Narcotics Investigative Operations, and Crime Scene Processing.  John is credentialed as a Hostage Negotiator with the FBI, Certified in Domestic Terrorism Response by Homeland Security, a Certified DARE Instructor with both Kentucky State Police and the Prestonsburg Police Department, Certified Tactical Responder, Certified Active Shooter Responder, Certified in Riot Control, and Certified in School Violence & Student Behavior.

John is a 1989 graduate of the Kentucky Department of Criminal Justice Academy, and a 1991 graduate of Kentucky State Police Academy.  Since retiring from police work, John, with his wife Rebecca, have owned and operated their own commercial construction and property management business.  They currently live in Prestonsburg, Kentucky with their two children.